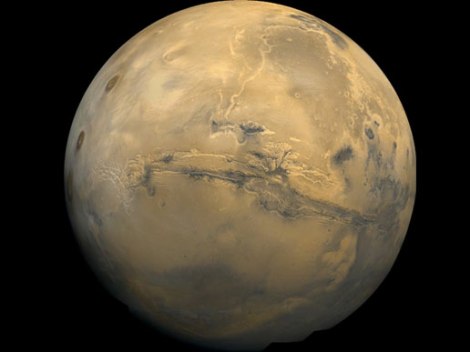 The U.S. Government doesn’t have the funds for more manned launches at NASA, so why not get the filthy rich to throw money at space exploration? That certainly seems to be the way the industry is headed with companies like SpaceX taking over where NASA left off.

The Inspiration Mars Project and its millionaire founder Dennis Tito are the latest to jump into the fray. The organization is planning a mission for 2018 in a modified Dragon capsule made by – you guessed it – SpaceX. But this isn’t Tito’s first outer space rodeo. He worked for NASA during the 1960s for Mars missions, was the world’s first “space tourist” and, like his organization’s title suggests, is working to inspire America’s youth to pursue careers in science, mathematics and engineering with the upcoming mission.

The mission won’t have the technology to safely deposit human beings on Mars and pick them back up again by 2018, so the astronauts on the mission will simply be making a loop around the planet, entering it’s orbit and shooting back, which will be a relatively safe operation. 2018 will be a prime year for the mission as well; every two and a half years or so Mars aligns with Earth, and the capsule will make its pass when Mars is closest.

The entire trip should take about a year and a half, though no other details have been released. The Inspiration Mars Project plans hold a press conference next week to go over the finer points of the mission; we’ll have details posted then.