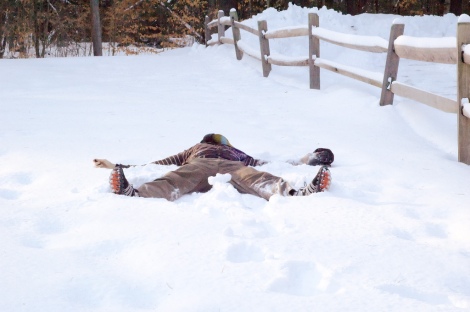 Not exactly how snowfall measurement is done, but … close enough. Photo: David Goehring/Flickr

A team at the University of Waterloo in Canada has started the Snowtweets Project, a crowd-sourced database that records snowfall around the globe. People interested in weather report their own precipitation levels and submit them along with their geographic location via Twitter. The database is updated in near-real time.

Unfortunately, there are some pitfalls here. Snowtweets is interested in spurring on “citizen science,” and having people learn about the planet by doing is one of the best ways to demystify the field, but there is a margin of error inherent in that system. Measurements may not be accurate, though the site does walk visitors through how to properly measure snow in their area (preferably in a flat space like a backyard, undisturbed by foot or car traffic).

Right now the site just posts measurements, though for the sake of interest I would suggest adding geocoded photos sent in by the measurers similar to the New York Times’ map of the east coast following Hurricane Sandy. The technology is there, why not make the experience a little richer?