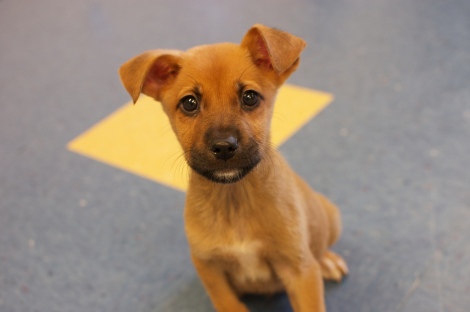 A fellow driver flipping you a choice finger or someone cutting in line at the DMV might make you feel a wee bit aggressive. But did you know a fluffy, playful kitten could do the same?

According to a new study presented at the Society for Personality and Social Psychology’s annual meeting, people can get pretty hostile when presented with puppies, guinea pigs or slow lorises. Researchers at Yale University took 109 people and presented them with three different types of photos: cute, funny and neutral. Then they asked the participants agreed with certain statements about the photos, “I just can’t handle it!” for example, or if they wanted to squeeze something. Researchers found that the cuter the image, the more aggressively the participants responded.

So why all the aggression? Study leader Rebecca Dyer has two hypotheses. The first is that looking at cute animals reminds us of cute babies, which triggers a protective response. But since there is no baby to protect, we become frustrated and react aggressively. Or, Dyer posits that it could be a cuteness overload resulting in a negative response. Becoming aggressive when faced with something so incredibly cute could be akin to crying when we’re overwhelmingly happy.

Whatever the reason, make sure you have a stress ball on hand the next time you visit I Can Haz Cheezburger.