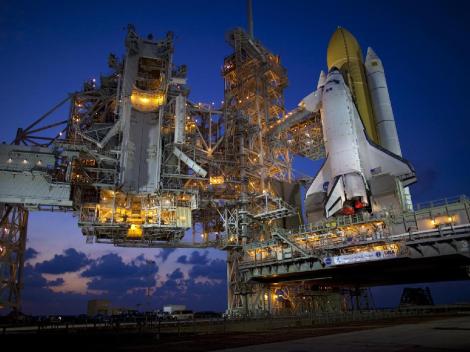 The space shuttle program is at an end, with Discovery, Atlantis and Endeavor safely installed in museums. But when federal money runs out at the end of the year, all of the extra launch pads, hangars and other properties will have no way of being maintained, and will be exposed to the damp, corrosive air around the Kennedy Space Center in Florida.

NASA has already had some luck. Boeing is using one of its hangars for its own space program, working on the CST-100 space transport capsule made to take astronauts to and from the International Space Station, and Space X used the center to launch their Dragon capsule last year.

But there’s still a lot of leftover stuff. So if you’ve been fruitlessly angling for a launch pad from your husband for the last few years, now would be the time to make NASA an offer.