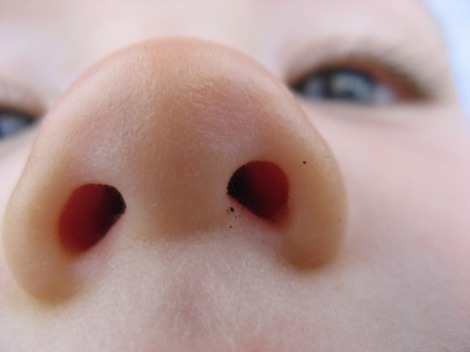 No longer will you need Febreeze to freshen up your son’s bedroom. All you’ll need is… every other smell imaginable.

Okay, that’s not really plausible, but it is an interesting discovery made by researchers at Weizmann Institute of Science in Rehovot, Israel. “White nose” is similar in concept to white noise and white light: When many different frequencies or wavelengths are produced at the same time, they begin to blend and create a neutral product.

When we detect a certain smell, that’s olfactory receptor cells in our noses reacting to the chemicals in the odor. That tells our brain what we’re smelling, whether it’s banana bread or low tide. But what happens when our olfactory receptors pick up on many different things at once?

Researchers used 86 different odorants, some pleasant and some unpleasant, and diluted them until they were all of equal strength. Then the dropped a few of the odorants onto an absorptive pad in a jar so they could be smelled, but wouldn’t mix with other chemical odorants on the pad. Volunteers were asked to sniff the jars and report what they smelled. Early on, when each pad had only a few different odorants, people were able to distinguish what the smell was like and how each jar was different from the other.

Then, researchers began adding more odorants to each pad. As the pads became more full of the chemicals, the volunteers reported that the jars became indistinguishable, until it seemed that each jar smelled the same, though there were completely different collections of odorants in each.

This result is exactly what researchers expected. When many different olfactory receptors are stimulated the same way, the brain can’t tell the messages apart, creating an “olfactory white.”

While it’s very unlikely you’ll find an “olfactory white” in nature, it can still be useful for further studies. When exploring the human sense of hearing, researchers have found that white noise creates certain auditory responses, and white nose could do the same for exploring our sense of smell.